Have a scarily good Halloween with Express Refreshments! We give you exclusive access to premium products, in the heart of your workplace. Check what products you could get your hands on now, and stock up for Halloween!

The ancient origins of Halloween!

First, let’s have a look at the background of Halloween!

Halloween’s origin dates to the ancient Celtic festival of Samhain. The Celts lived around 2,000 years ago and celebrated their New Year on the 1st November.

This day marked the beginning of the winter, the time of year that was associated with death. The Celts believed on the night before the New Year, the boundary between the living and the dead became blurred, which is why on October 31stthey celebrated Samhain. This was believed to be the time when ghosts of the dead returned to earth.

Additionally, the Celts thought the presence of spirits made it easier for Celtic priests to make predictions about the future. These prophecies were a reassurance during the winter and to commemorate the event, priests held sacred bonfires, where crops were burnt, and animals were sacrificed to Celtic deities. During the celebration, Celts wore costumes, consisting of animal heads and skins whilst attempting to tell each other’s fortunes.

By 43 A.D., the Roman Empire conquered Celtic territory and eventually over 400 years, two festivals of Roman origin were combined with the Samhain festival.

By the 9th century, Christianity spread into Celtic lands where it blended with Celtic rites. In 1000 A.D., the church made the 2ndof November, ‘All Souls’ Day’ which was a day to honour the dead.

All Souls’ Day was celebrated resembling Samhain with bonfires and dressing up in costumes (saints, angels and devils). All Saints’ Day was called various names from All-hallows to All-Hallowmas to All-Hallows Eve. It was eventually named Halloween – as we know it today.

Try your Micro Market this Halloween.

Now onto the good stuff! We think that Halloween is just as much about tasty treats as it is spooky spectaculars. So whilst we don’t want to give you a fright in your Micro Market this Halloween, there are various confectionary products that you can get your hands on. Whether it be sweets, chocolates or biscuits, we have it all! Some of your favourite brands from Nestle to Cadbury to Maynard’s are available, so why not head to your market and treat yourself.

And if it’s not confectionery your after… we have fresh food, crisps, bottles and cans for any occasion! Don’t forget, Christmas is fast approaching so you might want to keep an eye out for our seasonal products, coming soon.

For further information, please don’t hesitate to contact us online or via social media! 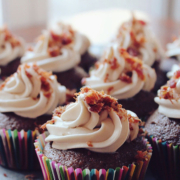 We invite you to come and view our new showroom!

How your Micro Market is already prepared for a post-COVID world.

Why not experience the revolution in workplace refreshments? 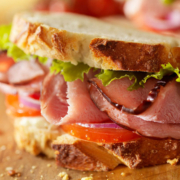 We have a 5-star food hygiene rating! And that’s just the start. 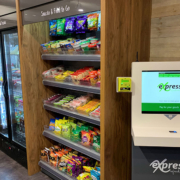 How the Micro Market can encourage a safer workplace when we really need it most.

Grab a slice of cake and a coffee…it’s National Cake Day!

Fresh food in our Micro Market – more than meets the eye.
0 replies

Want to join the discussion?
Feel free to contribute!

How the Micro Market can encourage a safer workplace when we really need it...

We have a 5-star food hygiene rating! And that’s just the start.
Scroll to top